The Ephemerality of Art … and Buildings

Search this address on Google and you get a picture of the Emergency Medical Centre.  Well, this centre no longer exists. Cincinnati officials were anxious to revitalize and were selling up buildings in a hurry.

A developer put the wrecking ball on this medical centre before local activists found out about it. 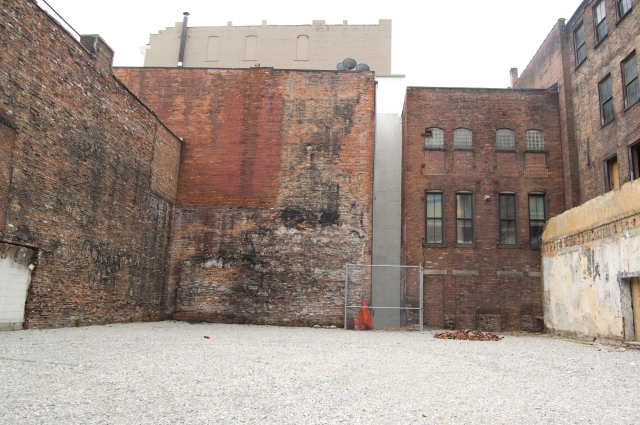 In an act of remorse and in conjunction with the Contemporary Art Centre’s Keith Haring exhibit, BLDG artist-in-residence Alexandre Farto, known as “Vhils,” was commissioned to create a scratched wall mural on the site, against the wall of the Mainstay Rock Bar on 5th Street downtown Cincinnati.

This mural is visible as one enters Cincy on 5th Street from the I-75 from the Canadian border. Vhils likes to use the faces of ordinary people in his murals as a way of humanizing a city, or giving it a face. He realizes that his work may some day be covered by something else, or be destroyed, but he takes that as part of the ephemerality of art, like this building.